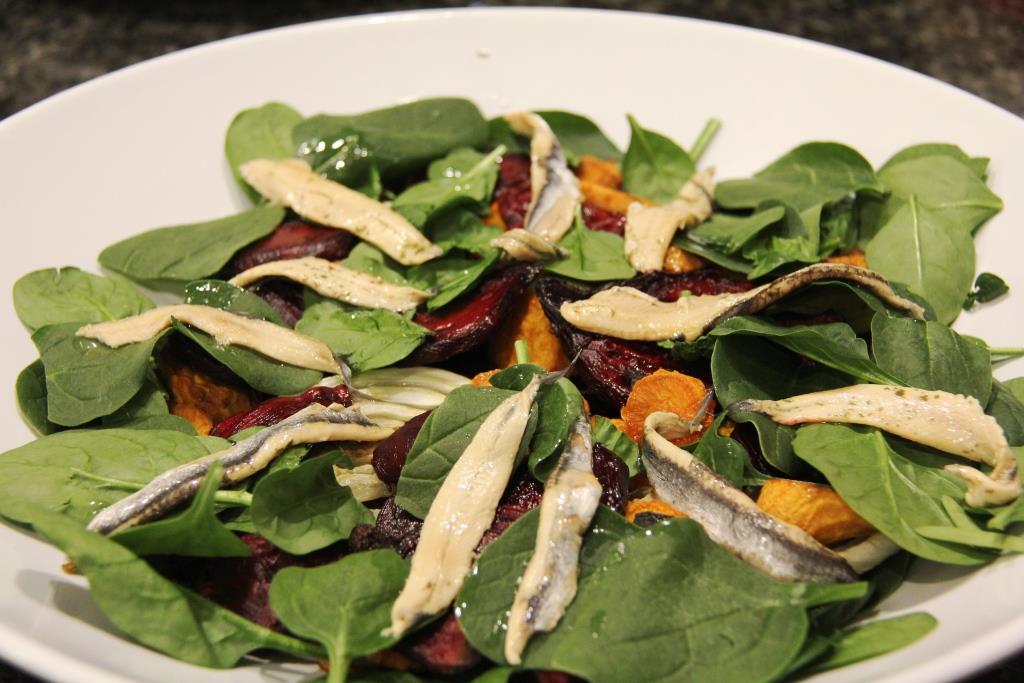 Anchovies. You either love them or hate them.

My  kids can’t stand them, primarily because they associate the fish with the dry, super salty, sometimes still bony chunks spread on pizzas. Also, I once bought a tub of salt-packed greek anchovies and Anne nearly choked at the sight of the crusty stiff creatures, with fins and bones still intact and so big they could have passed for sardines. Not even the promise of filleting and soaking them in milk could convince her to give them a try. 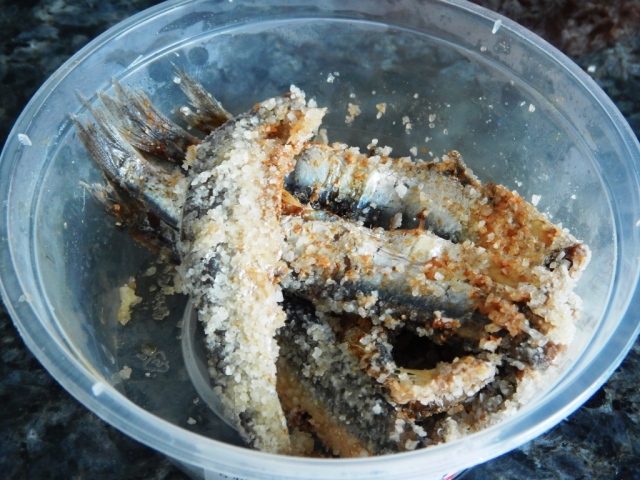 Terry on the other hand, absolutely adores the bold flavour of these little silver bullets and would happily eat them everyday. In fact, we always have a jar or a tin handy for him, ready to top a pizza, spice up a salad dressing, or even munch on a cracker biscuit (his favourite snack).

In the past, I always bought salt cured fish, preserved in olive oil, the “red type” as we call it. Then, 10 years ago, while cruising around Italy, I came across white anchovies. These are the same fish, but instead of being cured in salt, they are marinated in white vinegar first, then rinsed and stored in olive oil. The acid in the vinegar cooks the fish, making the flesh white, also giving it a pickling flavour and a much milder taste than its “red” counterpart. Known as alici marinate  in Italy, they are also very popular in Spain where they are served on every tapas menu as boquerones. We have been lucky to be able to cruise around Spain twice, and one of my fondest memories is the “tapas bar crawl” Terry and I used to enjoy at the end of (nearly) every day. Boy did we sample a lot of boquerones in these years! 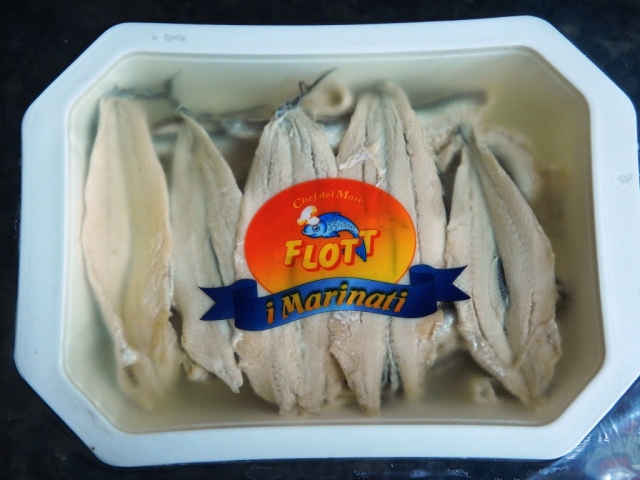 A few weeks ago, I found a tub of Italian white anchovies at my local deli, and while Terry’s first reaction was to have them on crusty bread, I decided to serve them in a salad of beetroot and sweet potatoes, trying to marry the acidity and tartness of the fish with the sweetness of the root vegetables. Success all around, it seems, even the kids liked it, anchovies and all! 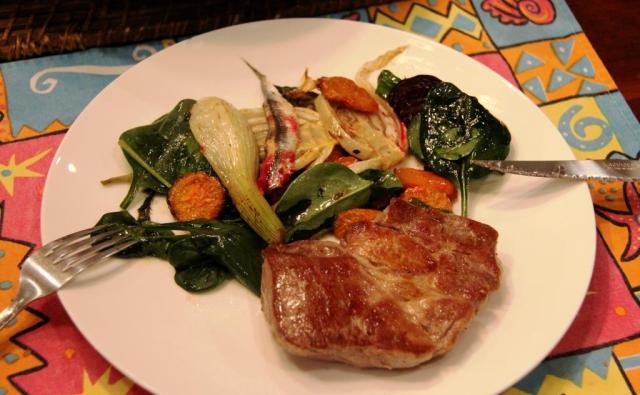 A handful of baby spinach leaves

While this salad taste delicious on its own, it paired very well with a grilled pork cutlet!