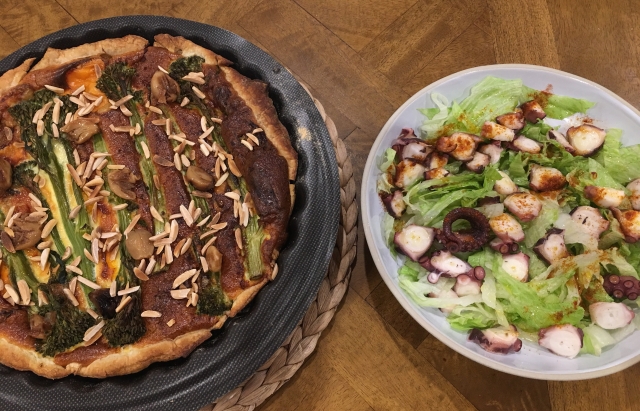 Today’s post is brought to you courtesy of the weird and beautiful things I found in the back of my fridge this week: left over smelly cheese and vacuum-packed pre-cooked octopus!

It was one of these nights, when we had ran out of fresh meat and were left with odd assortments of vegetables, opened tubs of cream and lonely eggs. I actually like it when this happens, as it forces me to not only clean up the fridge but also challenges me to come up with interesting ideas for dinner. We call it our own Mystery Box Challenge!

A quick search revealed half a shelf-full of cheese leftover from a big dinner party last month: I picked the French contingent of mimolette, camembert and tomme, leaving the blue vein, swiss cheese and cheddar for another use. Anne was hoping there would be enough to melt into a fondue; sadly for her, it was just the right amount to turn into a tart along with caramelised onions and a bunch of broccolini. She wasn’t disappointed for long, puff pastry has this magical effect on my kids: it makes anything taste good!

Another interesting discovery was a packet of pre-cooked octopus I had forgotten I bought from the supermarket a while ago. It reminded me of the times we cruised around Portugal and Spain, and I fell in love with octopus salad and tapas there. That was 10 years ago, and in spite of my many attempts at re-creating these dishes, I have never come close ( probably because I can’t boil octopus properly, it is either too tough or turns into mush!). I can stop trying now that I have found these little gems that only require heating in the microwave, slicing, seasoning and a splash of olive oil. For $13 a packet, it is a cheap trip down memory lane! 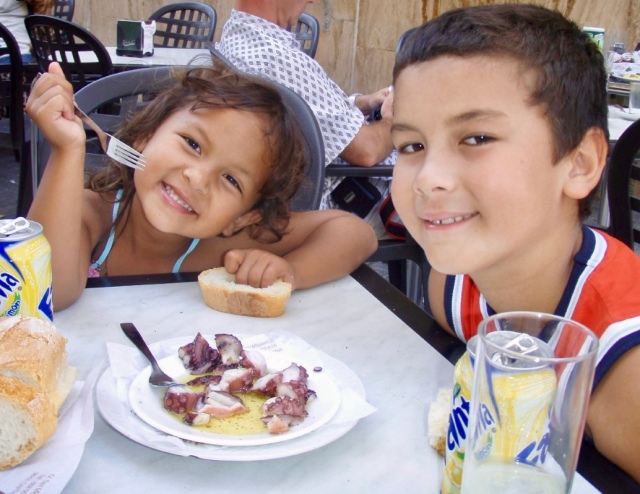 Throw back 10 years ago in Spain, the kids could not get enough of this!

This is my favourite way of using any cheese left over in my fridge. The flavour will of course depend on the cheese used. This time, I used mimolette, camembert and tomme. This resulted in a fairly mild tasting tart, though you could still tell it was cheesy. A blue vein and/or washed rind cheese will definitely make for a stronger flavour! 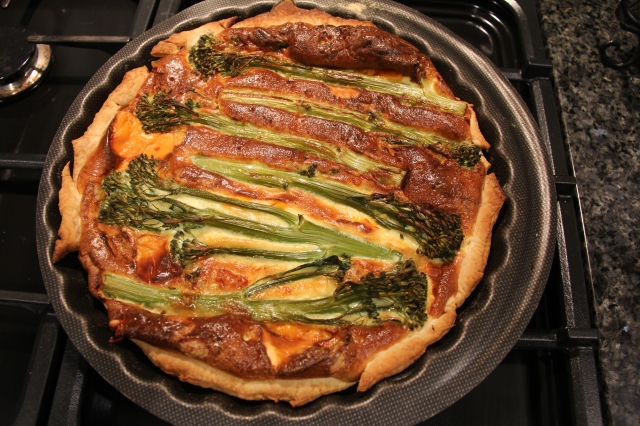 This dish is inspired by the octopus salads you find all over Portugal and the braised octopus tapas dish, Pulpo Gallego, a classic from Spain north western region, Galicia. I first tasted this dish at the Portosin Yacht Club in Galicia in 2006. I totally adored it and became so obsessed with it, being lucky enough to cruise around the area again 5 years later, I asked Terry to take the boat back so we could have dinner there again. That meant a detour of 100 nautical miles, but it was so worth it!!
Mine is a quick and easy version, the cheat’s way, as I am using a pre-cooked ready-to-eat octopus instead of simmering the fresh thing for hours ( though, using a pressure cooker did reduce the cooking time drastically to about 30mn). There are no specific quantities for the dressing, it is a matter of taste, though I would recommend you be generous with the olive oil and the paprika! 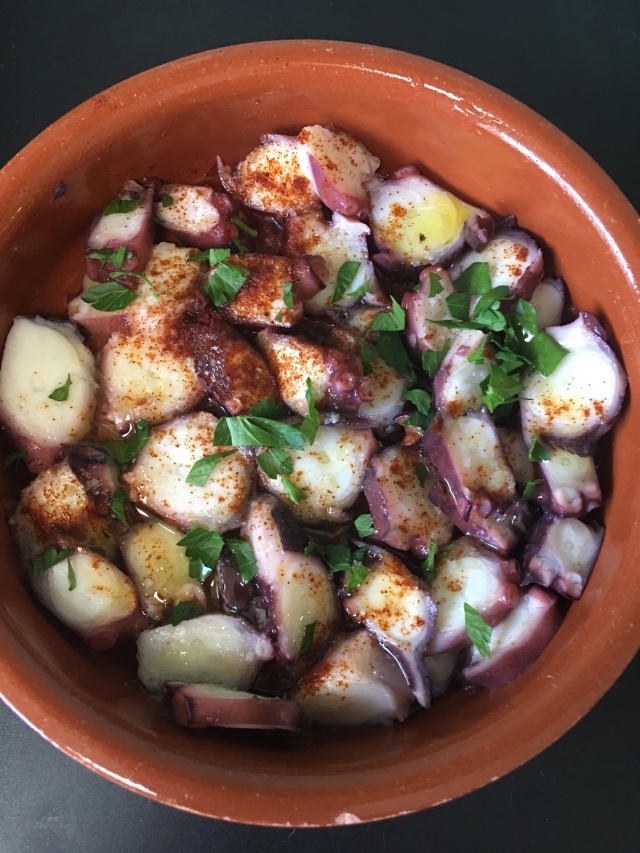 This is the dish without lettuce, perfect snack!

Serves 4, as a side dish 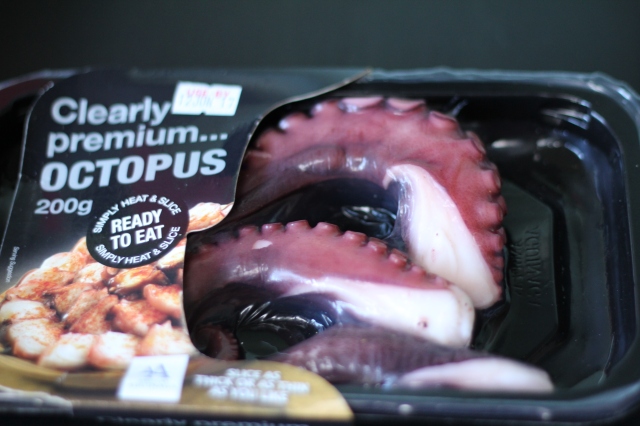 And here’s what the packet looks like, if you’re heading to the supermarket!!