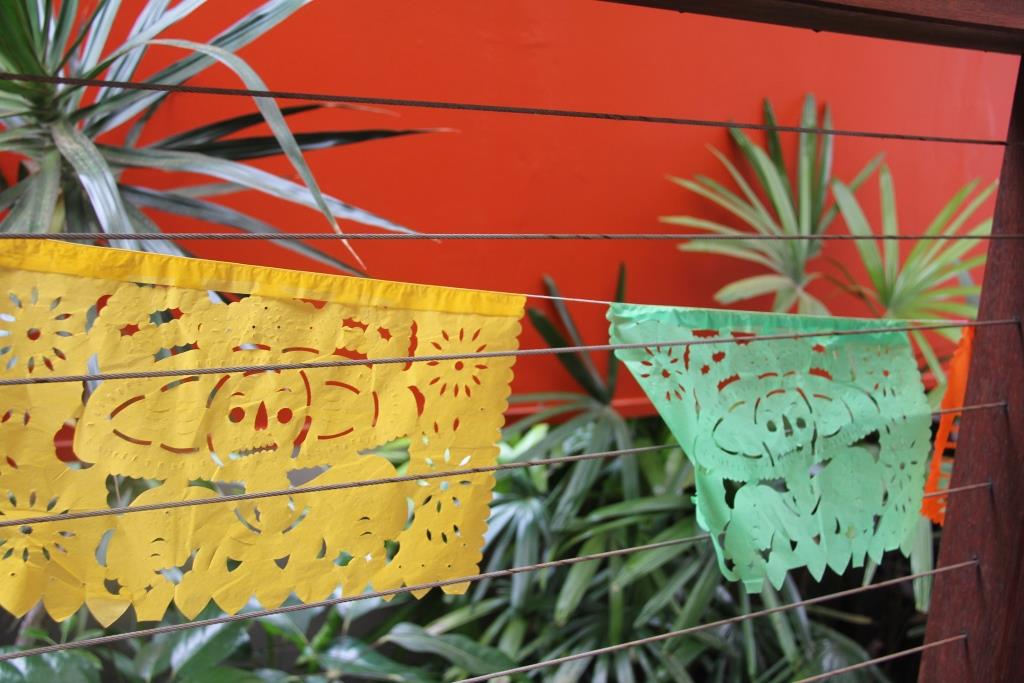 It has been a few weeks since we started our family fitness challenge, and my mention of letting you in on the fun of reward dinners. So far, we’ve had 3 themed feasts. With 11 participants gathering around our table every 2 weeks, we’ve ditched the concept of a formal dinner in favour of a potluck affair, much like we used to do on the boat: everyone is in charge of a dish and bring their own alcohol.

Our second theme in May was Mexican. Besides Terry, everyone in the family loves it, and it always brings fond memories of our stay in Puerto Aventuras a couple of years ago. That night also happened to be Tania’s birthday (Terry’s middle daughter), so a proper fiesta was in order.

Anne got the party going with a Lemonade Margarita stand on the verandha, while our guests nibbled on black bean dip and tortilla chips (made by Leanne) and my version of bacon cheese jalapeno poppers.

Mains were a mix of all-time favourites and new flavours. Spicy Fish Tacos have always been popular on the boat and it’s no different in the house. Served with copious amounts of guacamole, fresh tomato salsa, thinly sliced cabbage, sour cream and warm tortillas…it is the ultimate comfort food according to my son (then again, so is fried chicken or beef burgundy…his tastes are eclectic!)

Chicken Mole, on the other hand, is the kind of meal that most of our guests had heard of but never tasted. I had sampled it in Merida, Yucatan, but found the dish underwhelming at the time (truth be told, the restaurant was also serving Iranian dishes which tasted far more exotic to Terry and I, after  9 months in Mexican Cantinas!!) 2 years on, I decided to try again: after all, Mole Poblano is considered one of the Mexican Haute Cuisine dishes and all this talk of chili, spices and chocolate had everyone intrigued. The only problem with Mole is that the traditional recipe takes a long time and an even longer list of ingredients. Luckily I had a near-forgotten stash of mole paste I had purchased prior to leaving Mexico, so there really was no excuse. Indeed it was very easy, just a matter of parboiling the chicken, use the stock to thin the sauce, and pour over. Done! The verdict was mixed: some people found the flavour very sweet (“you can taste the raisins!”), others could not tell the chocolate ( I’ve since found out there is none listed in the ingredients!!!), while I personally was delighted the sauce was only mild despite all the chilies.  We served it with lots of rice on the night, and I can say that it made a wonderful lunch the next day (even more flavourful!)

Craig and Kathy kept our waistlines in check with a delicious and refreshing Mexican salad (lovingly renamed Confetti Mix for all the bits of bright colours lent by the capsicum, corn, lettuce and herbs…)

Finally the piece de resistance was brought by the birthday girl, who is of the strong belief that the only way to get the cake you want on your birthday is to make it yourself. Peanut Butter Cheesecake has been Tania’s favourite for a few years and she has now mastered the recipe to such an extent that she also bakes it for others! It is a delicious dessert indeed, adapted from a Donna Hay’s recipe: luscious and rich, peanut buttery, yet not overly sweet.

To say that we were stuffed by the end of the night is an understatement. Left over Mole and cheesecake made up a big part of the following week’s rotation, and the tequila relegated to the back of the cupboard, unseen since that night.

A very basic recipe, child’s play really! Quantities can be adjusted to taste (more or less alcohol, ice, or lemonade…)

This recipe is inspired by a friend of mine who grows her own jalapeno peppers in Queensland. While visiting us on the boat  a few months ago, she brought over a plateful of these freshly picked little gems, stuffed with cream cheese and wrapped in bacon. I have been obsessed with them since! This is my version of these spicy snacks, real crowd pleasers they are! Warning: most of the peppers are mild, but occasionally  (1:10 seems to be the ratio) you will bite into a really hot one, have water on hand…We call it Mexican roulette!

Mole is said to have been invented in the 17th century by a group of nuns, in the convent of Santa Rosa in the Mexican city of Puebla de Los Angeles. As the story goes, they received the visit of the local archbishop, and with no special food to offer him beside a turkey, they came up with the idea of mixing everything they had in their pantry to make a sauce thick and flavourful enough to dress the bird. Thus Mole Poblano was born. While there are many variations on Mole all over Mexico, it basically is a mixture of 20 spices, chilies, nuts, seeds and other ingredients  crushed together into a paste. Some include chocolate, some don’t, you can find green mole (mole verde), black mole (mole negro), red mole (mole Colorado), yellow mole (mole Amarillo)…One of my cooking projects has been to make mole from scratch one day, intrigued by this recipe and that recipe but lack of time and ingredients have defeated me so far. Luckily, I stocked up on pre-made mole paste before leaving Puerto Aventuras so mole making is a breeze. The longest part is boiling the chicken!

While Tania is sticking to the original Donna Hay recipe for the cake, she’s tweaked with the peanut praline, making her own “peanut sand” instead. It seems to be a State secret, so I am giving you the instructions for the peanut praline, guessing that the sand is just a pulverised version ( I hear the Nutri Bullet does a fantastic job!) 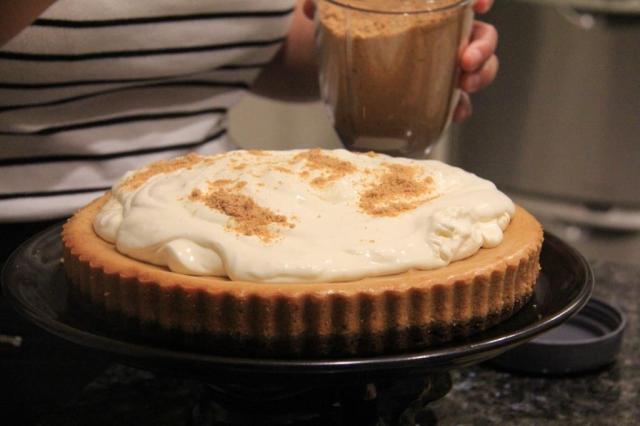